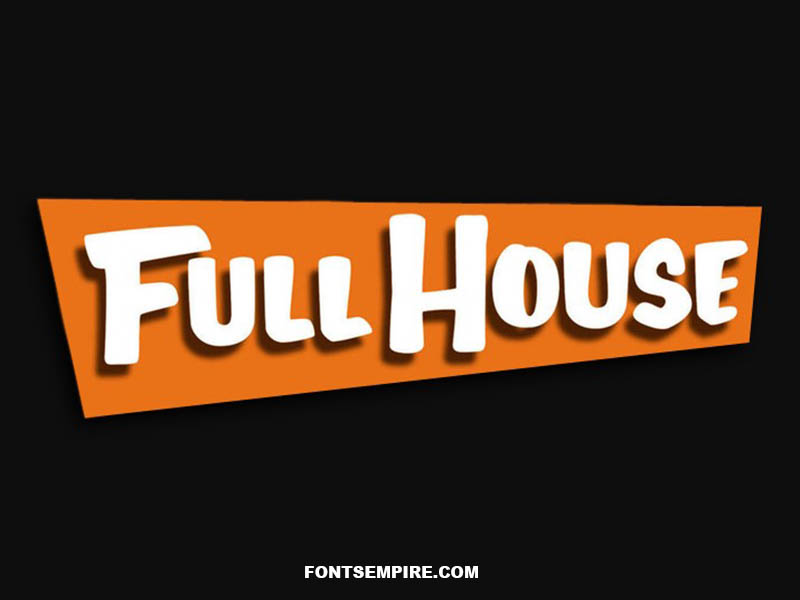 Full House Font is a logo font that is totally based on an American television sitcom. It is created Jeff Franklin for American Broadcasting Company (ABC) from 22 September 1987 to 23 May 1995.

For the first time, it was released only in America. But later on, after seeking the public response the sitcom team has decided to release it worldwide.

It has a total of 8 number of seasons along with 192 number of episodes. And a lot of peoples all around the world has considered it as the best sitcom ever.

Therefore, we are here to bestowing you to a font family that is created after taking the inspiration from its logo. Because various designers want to work along with that. 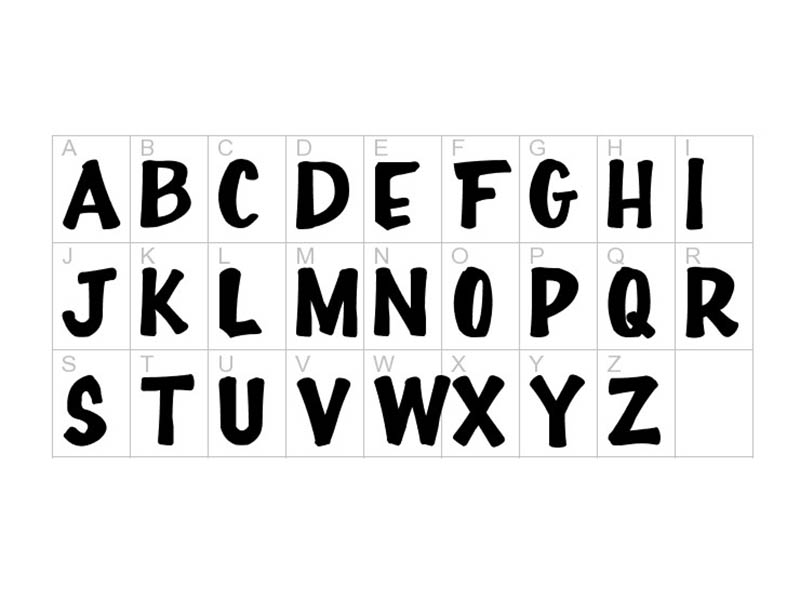 This fine quality font was created by Mr John Manjiro for the first time on 22 May 2005. Now it has available only in a single regular style.

And this regular style have contains 72 numbers of characters including uppercase, lowercase, and punctuation marks. Each & every style have their own specific look as you should notice in the images.

We here at fonts empire are proving the Full House for free which you can have via a one-step download click function. So, click on the button below and install that typeface on your computer. 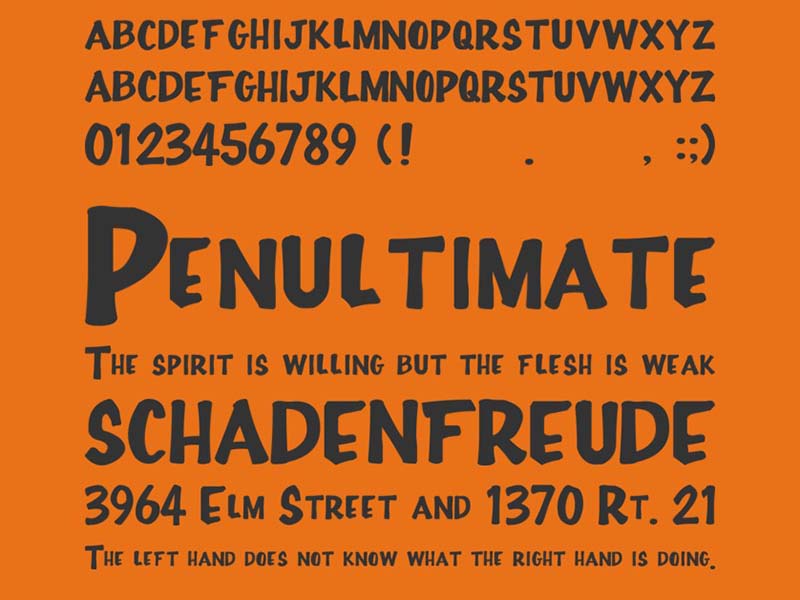 After that, You will create special logos, brochure layout, book layouts, comics, video titlings, website headlines, games titlings, as well as many other similar things.

On the other hand, using this fancy font for branding purposes will also a rational idea. So, it totally depends on you how you will use it in the nearby future.

Kindly Make a point to tell us your experience with this coolest font in the comment section below. And share it with friends and colleagues at your social networks if possible.