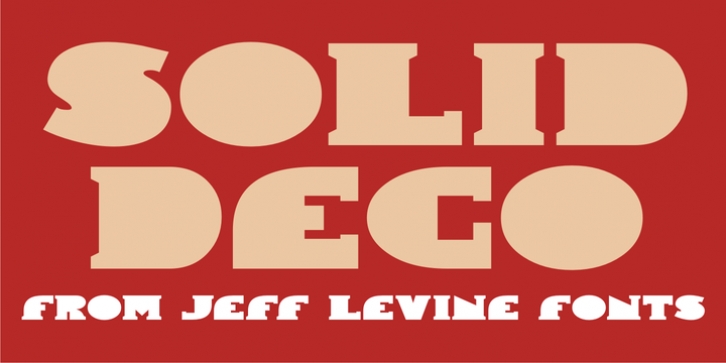 Solid Deco JNL was modeled after a small sign with the word ‘restaurant’ in an unusual Art Deco solid lettering style. It was spotted within the same image of the Lenox Lounge in New York which gave forth the neon letters that became Sign Sans JNL.