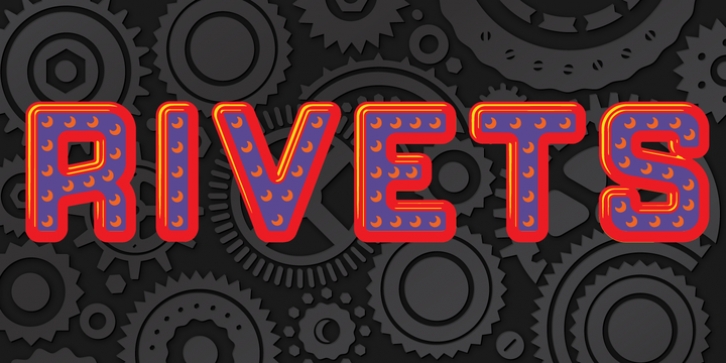 Rivets is a result of my fascination with the beauty I find in utilitarian industrial objects like the riveted stanchions in New York subway stations, decorative ironwork in Grand Central terminal and the eloquent construction details of the urban infrastructure of the 19th and early 20th century.

It began its life as die-raised sign typography for a magazine cover assignment, developed further for a book cover about mid-20th century American manufacturing and evolved into a complete font plus four individual components suitable for producing multiple color variations.