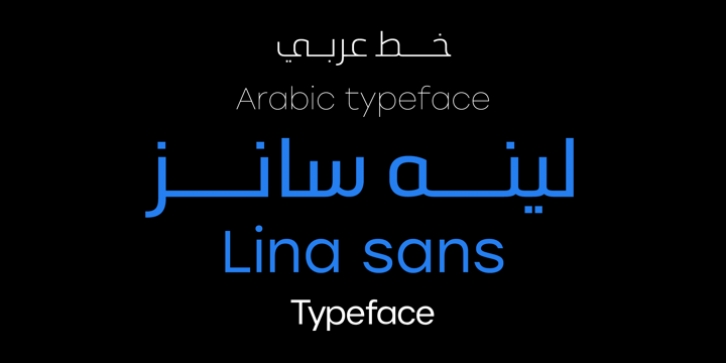 the design is inspired by the Kufic calligraphic style and influenced by the Naskh style.

Lina sans was highly crafted in order to perform well both on screen and in print. The large x-height and open counters make it function well even on small font sizes. It has a wide range of use possibilities headlines, logotypes, branding, books, magazines, motion graphics, and use on the web and Tv.

Lina sans consists of 7-weight versions from thin to bold.