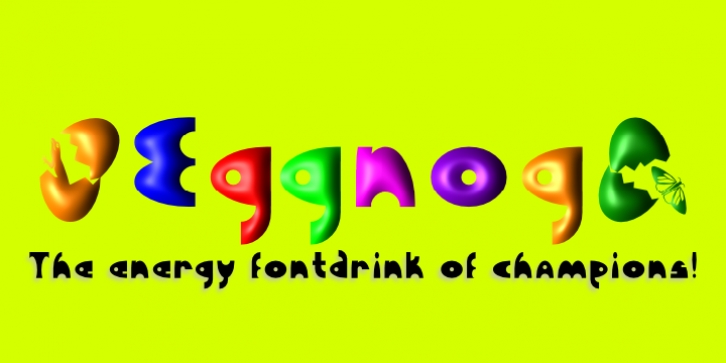 Eggnog is a slightly heavy typeface that renders very well at even very small typesizes and looks sharp in large headlines. This typeface is egg-ish in shape and we’ve included a half-dozen eggs in case you’re inspired to have some eggnog for breakfast!