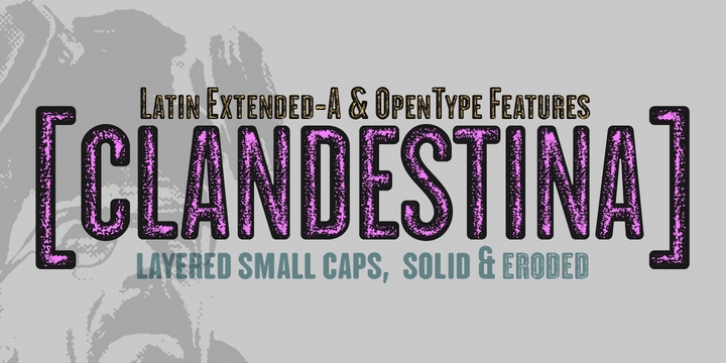 Clandestine copies derived from my previous font sans serif H.H. Samuel, i have reviewed and optical corrections applied in all characters and I set the kerning completely after creating the small caps versions of the original lowercase letters and numbers.

– Clandestina fonts can be used unlimited for both Commercial and Personal projects.

– The download file includes a PDF with the specimen sheet of typography.

– Includes a simplified version without diacritical accents for the English language.