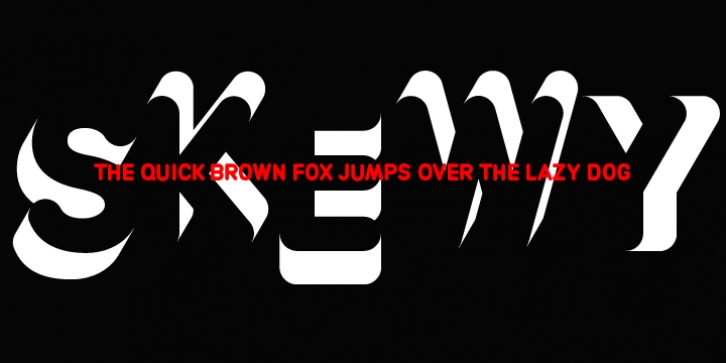 Here it is, the 15th font by AndrÃ© Toet: SKEWY. Based on early sketches by AndrÃ© Toet going as far back as 1974. In fact it’s another 3D alphabet, but this time the effect is created by the light and shadows from a revolving imaginary sun. The font consists of a shadow type and we’ve added the solid version as a bold bonus ! Concept/Art Direction/Design: AndrÃ© Toet Â© 2017